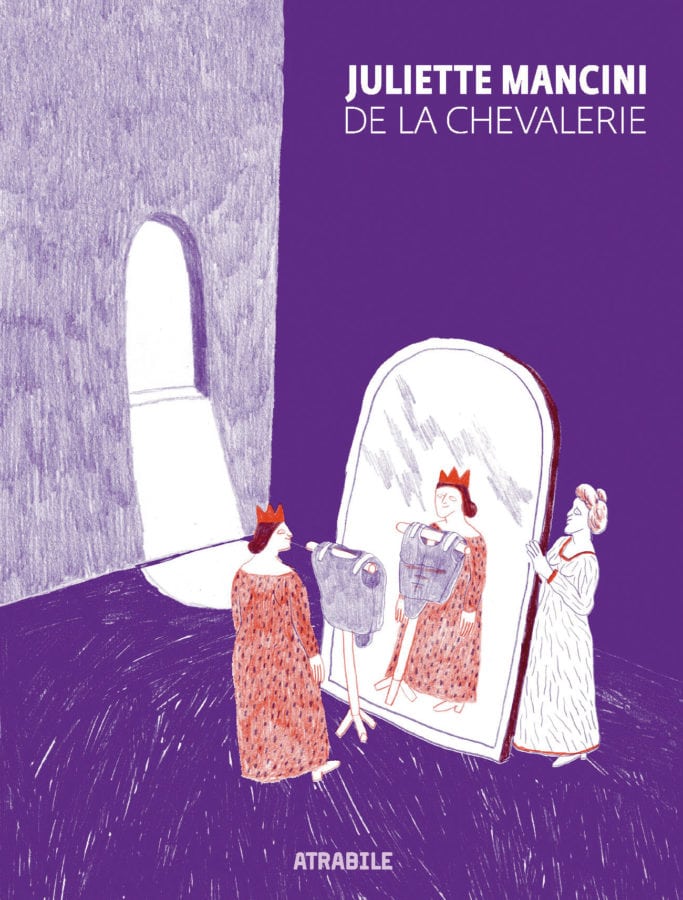 “Singular” “brilliant” “a marvel” “funny and cruel” “a cheeky historical rereading”, these are some the comments that followed the release of De la Chevalerie. Eighteen months after its release, the first printing is sold out… What a shame! Atrabile offers now a new edition of Juliette Mancini’s first book (instigator of the fanzine Bien, Monsieur that earned the price of best alternative comic in Angoulême in 2018), by switching it to the Bile Blanche collection, giving it a less fragile production. De la Chevalerie makes us travel to a fantasized Middle Ages, where men hunt ostriches on the back of pigs, a Middle Ages where conflicts between rich and poor, men and women, lord and beggar are never interrupted. One might feel that Juliette Mancini is driven by the beautiful desire to fight against the world, and more particularly this good old patriarchal society that we can’t get out of – but De la Chevalerie is much more than a thesis work, it is above all things a superb comic filled with humor and inventiveness. The young author fully embraces her medium, playing with the form, getting rid of panels and multiplying them on other pages, and questioning, in fine, what can really be chivalrous in all these “knights”.