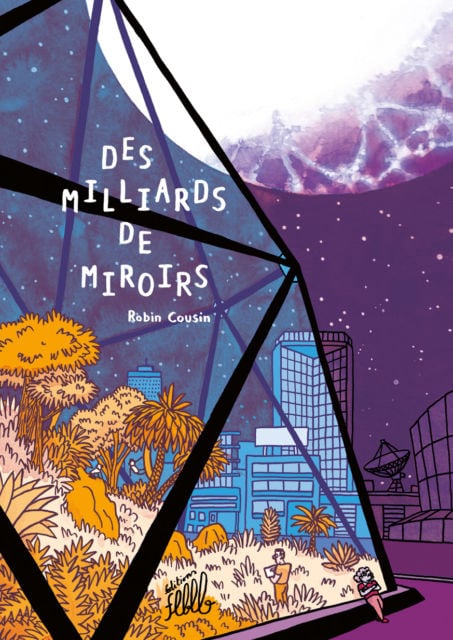 In the near future, global warming and environmental devastation are making themselves felt in daily life—and yet nothing seems to be stopping the headlong advance of progress. While everyone is trying in their own way to keep hope alive, astrophysicist Cécilia Bressler causes a worldwide sensation: on a planet forty-five light years away, she glimpses flickers of light not unlike those of our own cities.

Although humanity has no way of reaching Gamma Cepheus, the news turns everyone’s lives upside down: Cecilia and her zookeeper husband Simon; Antimaadmi, a cult leader who predicted the existence of “Cepheans” and now has countless followers; Benjamin, a journalist who wants to wake the world up to the real threats it faces.

Cousin’s science fiction comic asks us to consider our choices in the face of upheaval, at a time when science urges us both toward skepticism and action.

“Cousin’s deftness consists in depicting the collective psychology of a nation that woke up once the die were already cast, too late to forestall the crisis.” ~ Paris Match

“An intimate drama with simple and stylized illustrations where the characters gradually abandon their roles and posturing, turning instead to making the most of what precious little time they have left. The beginnings of wisdom and, deep down, a tiny glimmer of hope.” ~ Télérama

“‘The only realist move is utopia!’ Creating desirable worlds, hoping they’ll be realized even in part: here, the ambition of the artist dovetails with that of the ecologist.” ~ Libération