>  Catalogue  >  Jim Curious, Voyage to the heart of the sea 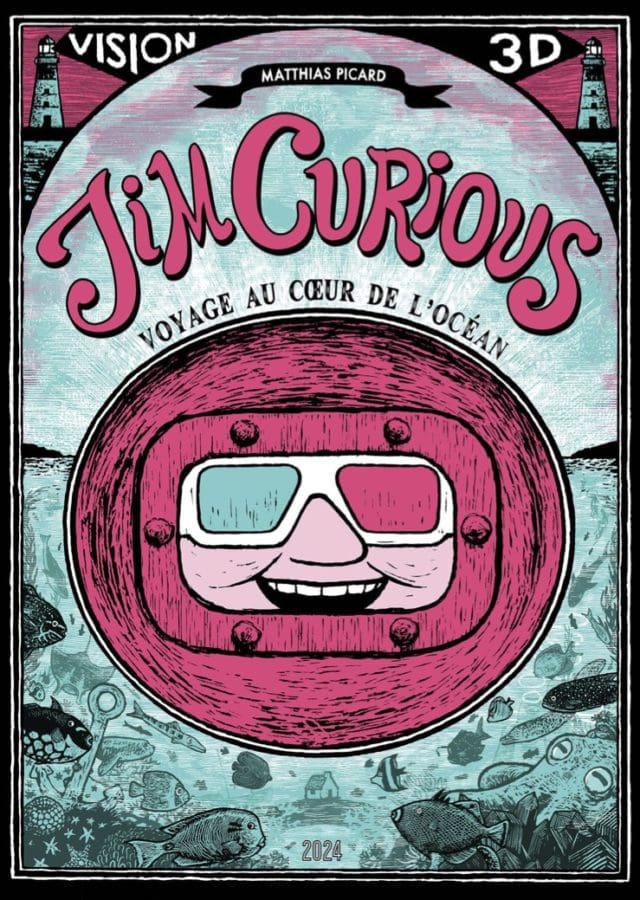 Cozy in his diving suit, Jim Curious dives to explore the ocean deep. As soon as he goes underwater, the images spring to life in full 3D!

Jim dives deeper, ever deeper, and we go with him into the world below, where he meets fish, monsters, and other even stranger creatures… But nothing stops him! He keeps diving, going back in time the deeper he goes: World War II shipwrecks, the remains of a galleon, the lost city of Atlantis… till he comes upon the most primitive forms of life, bizarre jellyfish and monsters of every stripe…

Jim Curious is a story told entirely in pictures, aimed at readers age 7 to 77. Each book comes with two pairs of 3D glasses, allowing children to read the book with their parents. Part art book, part graphic novel, this work recalls, in its imagery and craftsmanship, the stories of Jules Verne. The final two pages fold out to form a splash panorama.

The exhibit designed to accompany the book—among our most spectacular—was shown in many countries (Germany, China, Mexico, Taiwan, Portugal, Switzerland), and greatly helped in its promotion.