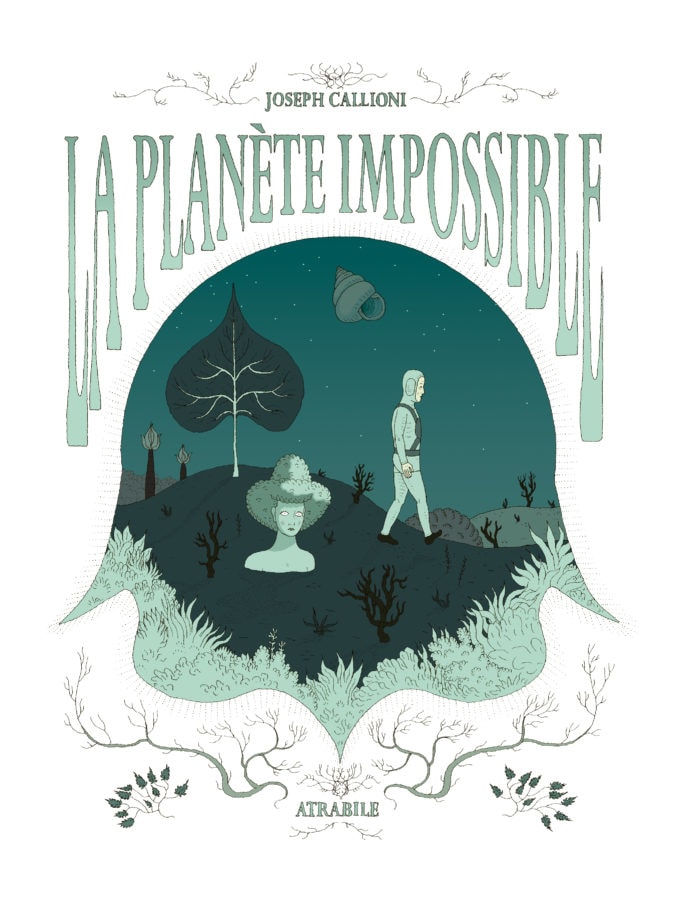 The Earth disappeared! That is the sad vision Cosmo witnesses from his satellite. However, shortly after, the Earth seems to have reappeared. False hope: it’s something else that has appeared, and the measuring instruments are as formal as their incoherent results. The planet is now here, it took the place of the Earth, and it’s at the same time round and flat, solid and gaseous… With a mysterious cosmonaut and a humanoid computer called Céphalée, Cosmo is going to land on this enigmatic planet, to embark on an absurd odyssey, to meet improbable creatures in situations full of nonsense, all of this on a planet that seems impossible. In a universe where irrationality and incoherence rule, where a given action never has the effect that you would expect, where madness seems to perpetually lead the way, we can easily guess that Cosmo and his sidekicks won’t have it easy, since it is after all, about saving the Earth.

Joseph Callioni’s humor is as devastating as his line is thin, and from idiocy to pure moments of madness, he’ll need the agility of a gifted acrobat to make it all magically fall back on its feet.