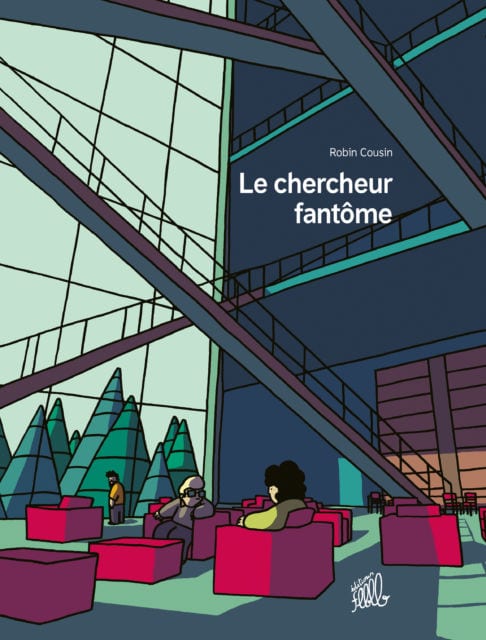 The Foundation for the study of complex and dynamic systems offers a residency to twenty-four researchers and supplies them with unlimited funds to complete their work. One evening, three researchers, Louise, Stephan and Vilhem, discover the presence of a fourth occupant that no-one has ever seen. He was working on the problem of “P=NP”.

— It’s a problem linked to the theory of algorithmic complexity. Most mathematicians believe P is different from NP, which places a theore- tical limit on computers’ capacities.

— What if we proved P and NP are equal?

— It would revolutionise the modern mathematics field, and wreak havoc in scientific research in general.

Before he became interested in the “P=NP” problem, designed by the Clay foundation as one of the seven millennial problems, Robin Cousin came into contact with Stephan Douady, the director of research at the CNRS. A specialist in the study of complex and dynamic systems, Douady became the inspiration for the main character.

One distinctive feature of complex systems is that they are unpredictable, even when all parameters and conditions are known from the start. The only way to study them is by simulation, scale models and observing their evolution.

That is exactly what Robin Cousin set out to do, by grounding his plot in the day-to-day lives of researchers, and placing a mathematical problem at the heart of this close-quarter thriller.