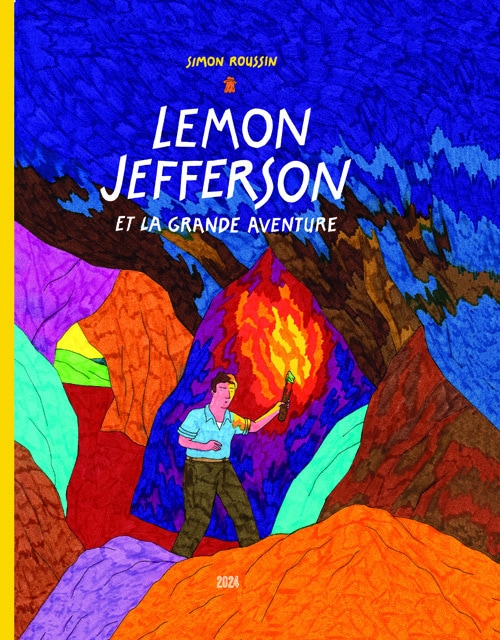 In an absurd world run by violent madmen, Lemon Jefferson is a hero in the making. A naïve and simple lieutenant, his life changes forever one day when a patrol brings a young woman and an old man back to the fortress: a pair of rebels soon imprisoned and sentenced to death. Lemon’s destiny will put him through terrible trials and tribulations. He’ll discover love and friendship, but also cruelty and betrayal. On a path strewn with pitfalls, his bravery, loyalty, and sense of honor will be put to the toughest of tests!

In this headlong tale where every turn of the plot is more outrageous than the last, creator Simon Roussin embarks on a quest to rediscover the breathless joy he felt when reading as a child. Borrowing narrative structure and pacing from classics of the genre without ever veering into parody, he offers up a truly Great Adventure combining humor, ridicule, nostalgia, and heartfelt homage. His story is well-served by astonishing art: using the ligne claire tradition for his own ends, he reinvents it with virtuoso marker inking.

By establishing himself within the tradition of his forebears and playing with inherited conventions, Simon Roussin breathes new life into adventure comics with surprising maturity.

The Great Adventure of Lemon Jefferson was an Official Selection of the 2012 Angoulême International Comics Festival.