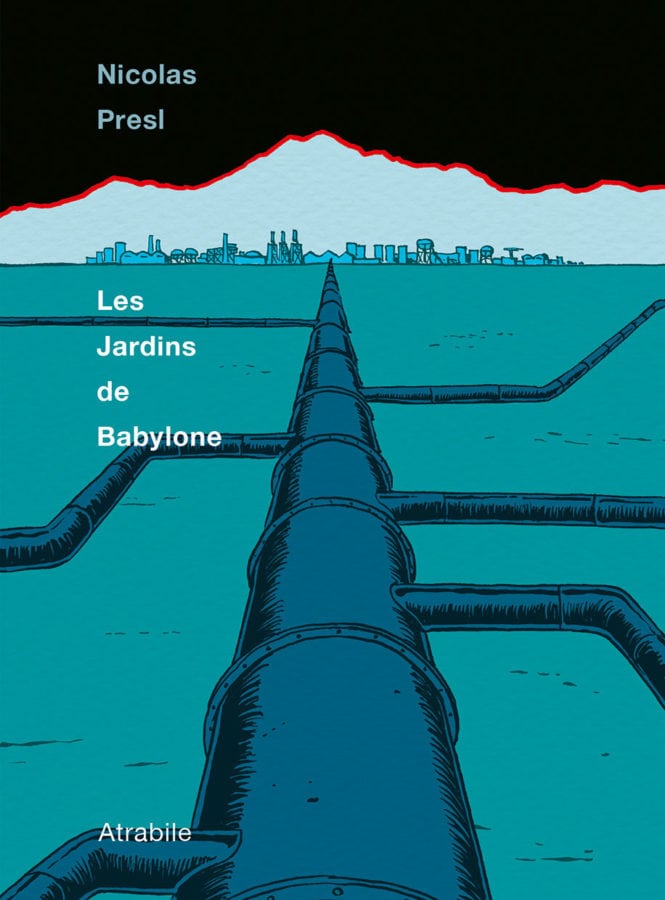 How faraway the Earth looks from the moon, how peaceful! You can’t make out the long pipelines that stripe the arid soil, conveying that most precious of resources, nor the widespread drought and ravages it causes; you can’t hear the wails of those less fortunate, the crunch of the boot heel on their backs, nor the relentless roar and swell of their anger. But those who live on the Moon nevertheless remain bound to the Earth and its water, imported in massive flying containers. Sure, it helps to be richer and more powerful than the rest of humanity when it comes to securing your place on the Moon, the new refuge of the world’s elite.

Part prophetic fable, part pure science fiction, The Gardens of Babylon refuses to paint a black and white picture, instead grappling frankly with the full complexity of the world and human emotions. Presl depicts humanity as undermined by inequality and the arrogance of an elite few who seize everything for themselves—though greed and selfishness are to be found in every stratum of an imperilled civilization.