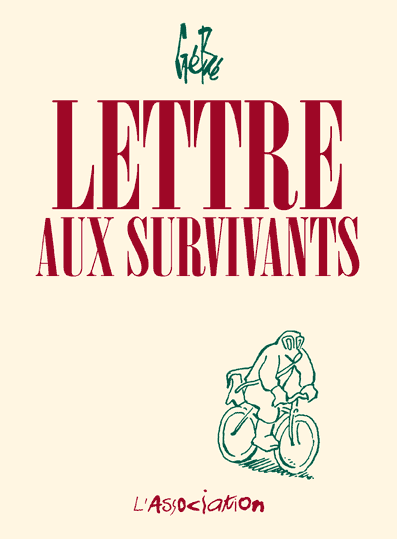 Originally published in 1981 by Albin Michel, Lettre aux Survivants is a precursor of the graphic novel; texts and drawings are split up in a layout that already sounds like a post-comic book.

Amid the blasted rubble of a once-perfect suburb, a hazmat-suited postman delivers the mail, aloud. He shouts his letters down a vent to the bunker-bound family below. They describe the family’s prosperous past life, and then get stranger and stranger…

Lettre aux survivants is like the dark reflection of L’An 01: utopia didn’t work, the 1980s are here with their cynism and arrogance, and nuclear fear is at its peak.

This form of warning, as political as it is humorous, told by the famed cartoonist and Charlie Hebdo contributor Gébé, has not aged a bit.