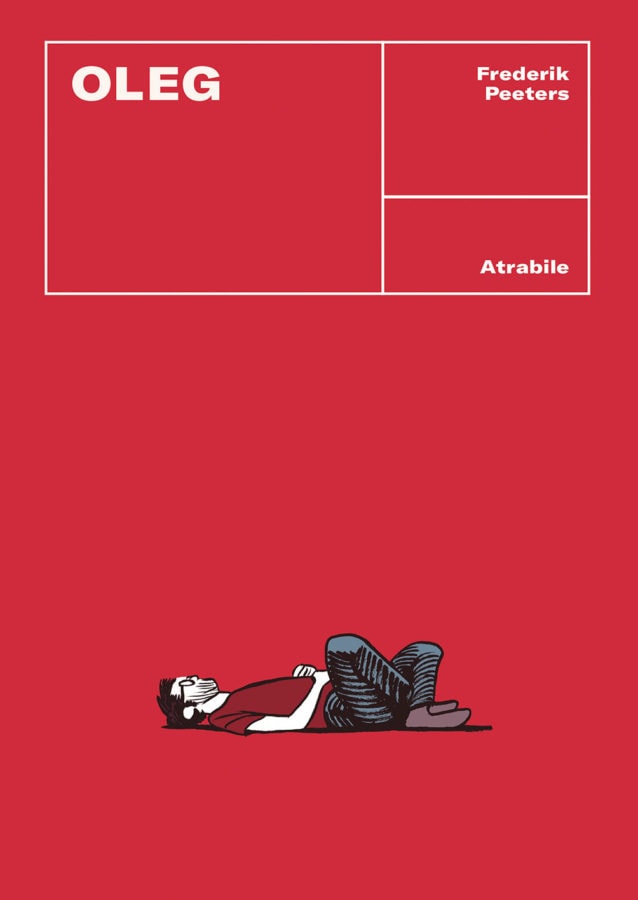 “OK, let me figure out how this character looks later. For now, I’ll make it easy on myself and just slap my face on him…”
Oleg makes comics. For over twenty years, his life has revolved around drawing and telling stories. And it’s all come naturally to him, until now, recently, when his creative drive seems to be floundering. Not that he’s short of projects, but the conviction just isn’t there anymore, as if his “juices have dried up.” So Oleg digs deep, looks hard, reflects. All around him is a great big world: swift, changing, modern, unnerving, relentless. A hermit, but also an attentive observer, Oleg bears witness despite himself to a world in constant transformation, a world that brings its share of events and surprises both good and bad. And he has his own, smaller world around him: the woman he’s shared his life with for two decades, and their very teenaged daughter.
Only twenty years after Blue Pills, Frederik Peeters delivers another autobiographical work, this time swapping out “I” for “he.” By using Oleg as a stand-in, he covers his tracks and dodges the trap of triviality all too common to memoir. Through these chronicles, by turns funny, biting, touching, even disarming, Peeters draws the curtain back (a bit) on his profession and his daily life as a cartoonist, and in so doing, highlights a number of contradictions that haunt our era: technological ultra-modernity and reactionary trends, the cult of superficiality and the search for authenticity, surplus and dissatisfaction.
But Oleg can also be read quite simply as a beautiful love letter from a creator to those closest to him—and an utterly unsentimental reminder that love is what enables us to transcend the ordinary and remain strong in the face of adversity.