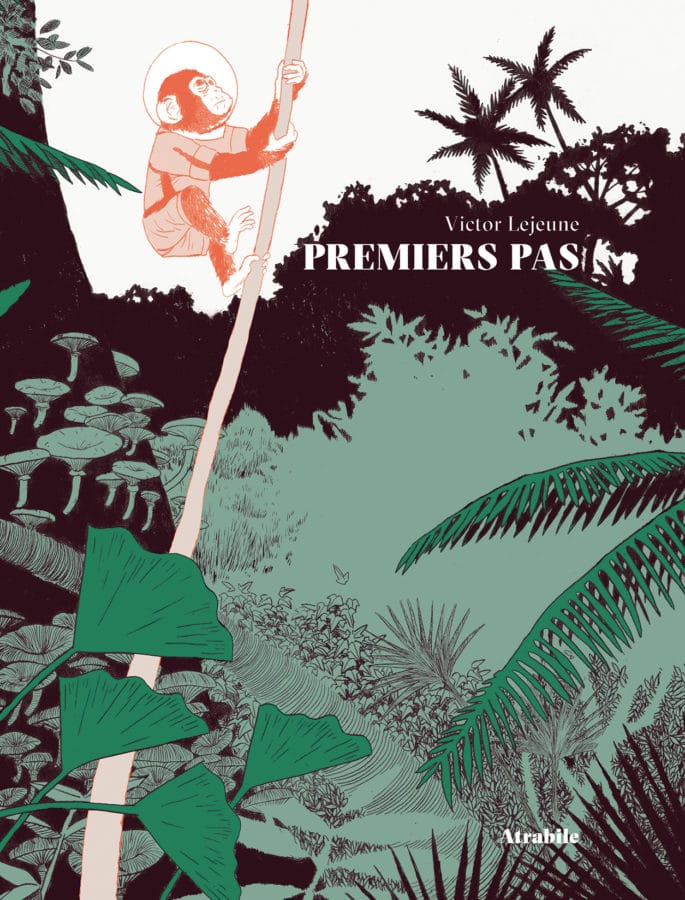 The first steps of the title are those of Ham, the first chimpanzee to have gone into space, – an ape with an unusual destiny, born in the forests of Cameroon (in the mid 1950s), captured by humans, sold in a meat market, bought by a zoo, and finally sold to Nasa. Despite a difficult temper and a reluctance to collaborate with humans, Ham will prove to be the best “subject” of project Mercury, until finally being sent to space on January 31 1961. Every chapter of Premiers pas is named after a great period of human history (Antiquity, Middle Ages, Renaissance, etc.) that allows the destiny of this ape to resonate with the history of human beings in its entirety, allowing this work to have a wider and richer metaphorical reach. To treat his subject, Victor Lejeune chose to engrave on celluloid, thus producing plates of great visual strength without any text, combining realism, sense of detail and composition, formal beauty and power of evocation. Premiers pas is one of his first books, that announces an author who has found his voice and on whom we must count.