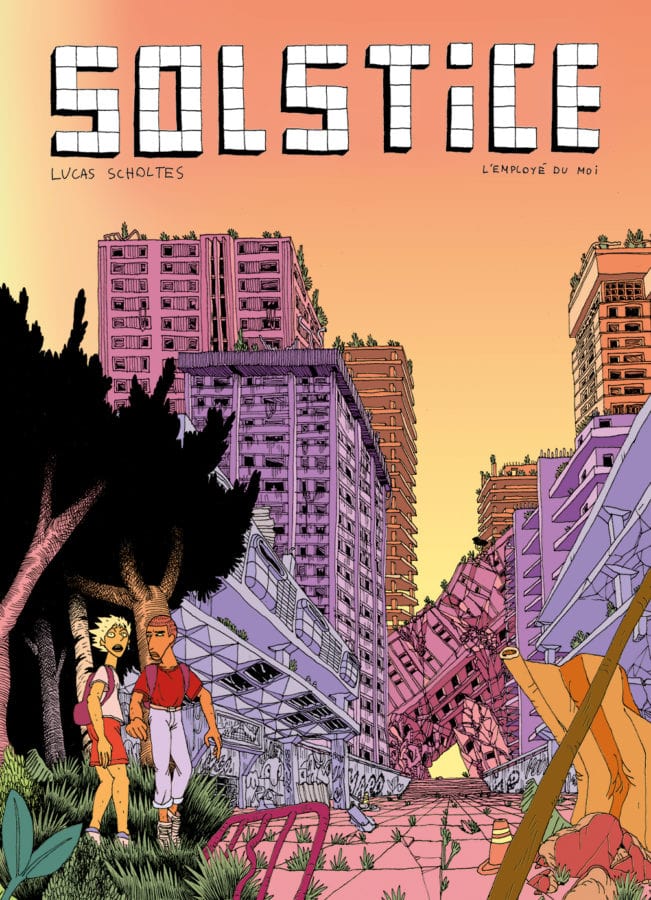 Although relatively unconcerned with their academic success, Gus and François are two brilliant high schoolers. They have to pass their high school diploma in a few days, but they’re not really concerned about it. Thankfully, the Horde of the “possessed bums” that swarm the town every night should spice up their final week of studies. Who are they? What do they want? They must absolutely search for them to try to figure out this amazing phenomenon. Their investigation begins at the edge of the forest bordering the surrounding area. As the journey has only just begun, Gus and François meet Ivan in what appears to be the remains of a ruined city. Fascinated by this strange character, both wild and impressive, they decide to stay with him to discover the basics of survival in nature.

Behind this whimsical plot lies an astonishing initiatory, naturalistic and existentialist tale, enlivened by the bantering of the two young characters. Not much older than them, Lucas Scholtes is a student at the School of Decorative Arts in Strasbourg. With Solstice, his first graphic novel, he seeks to use a clever, modern narrative grammar that is at times reminiscent of the fluid style of manga and of the energy of animated cinema. Graphically, it develops a rich and colourful universe that highlights both urban decay and the richness of forested areas.