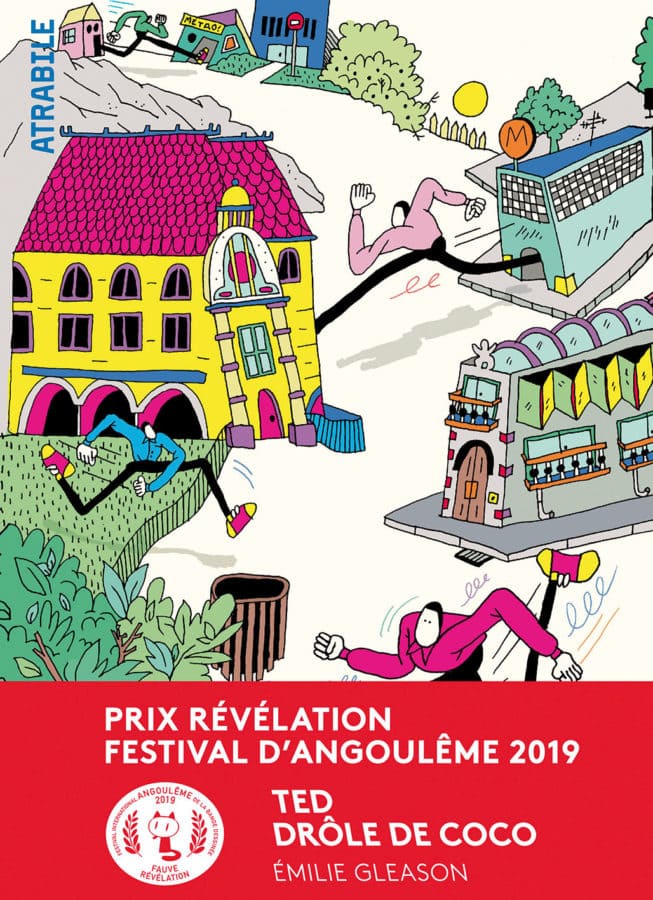 Ted rigorously follows his monotonous daily routine, until one day the Metro stops running, throwing off his rhythm entirely and causing everything to change. From there, everything spins out of control… Meeting people, talking, love, sex and empathy don’t come easily for this man with Asperger’s syndrome. Emilie Gleason was heavily inspired by her brother to tell the story of Ted’s life in this thrilling graphic novel, which is part comedy, part drama.

“Pop colors, kindness, and tender, oddball humor inform Émilie Gleason’s account of her brother Ted and his life with autism. Beneath a seemingly zany style, the raw reality of Ted’s condition is on full display: the violence with which others treat him, the challenges he faces in being independent, the role each person in her family plays. Weirdly poignant.”
Catherine Robin, Elle

“We start off with laughter, because Émilie Gleason succeeds in immersing us in Ted’s world, raising our awareness of his disabilities. Then the second part of this book, harsher and more moving, portrays its hero first at home with his family and then in an institution. The laughter fades, but the art never loses an ounce of its energy, and Gleason’s approach comes to seem luminous despite the darkness of her material.”
Vincent Brunner, Les Inrocks

Winner of the Revelation Award at the 2019 Festival d’Angoulême.