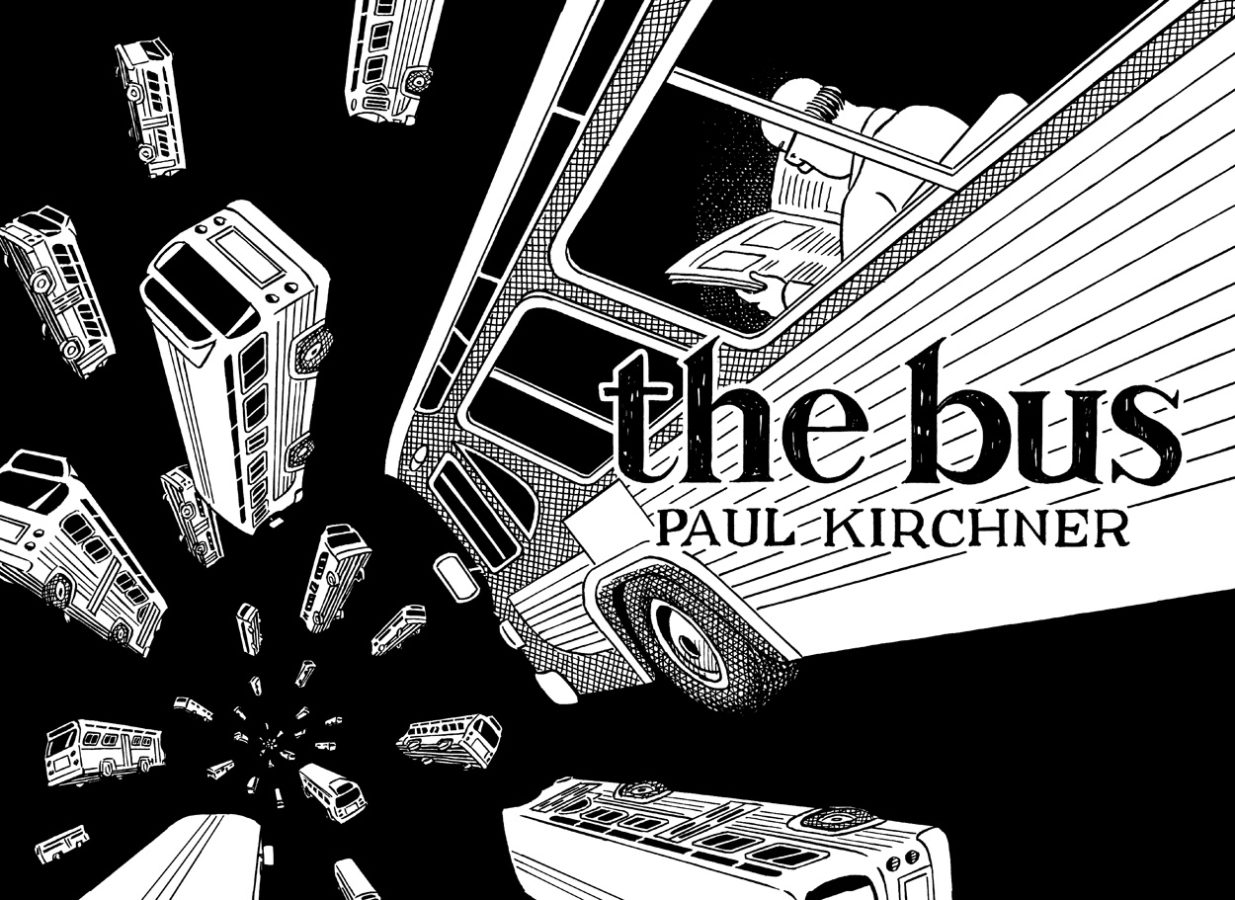 The bus comic strips were first published in 1978 in Heavy Metal magazine, where they appeared regularly for seven years.

From the simple, mundane premise of a man waiting for his bus, the strips quickly slip into a weird yet hilarious world where cities are surreal labyrinths and bewilderment is just around the corner.

Six to eight wordless panels is often all it takes Kirchner to display his sense for the bizarre. In the bus, fire hydrants come alive, buses chose to stray away from the law, the distant horizon might be just an arm’s length away and the whole world might just turn out to be a two-dimensional panel messing with our sense of depth. More bizarre yet, in 25 years since its original publication in the USA by Ballantine Books in 1987, the bus has never been republished.

This new edition contains the entire collection of strips drawn by Paul Kirchner, including a dozen previously unreleased. It also includes a new postscript and a new cover drawing by Paul Kirchner.