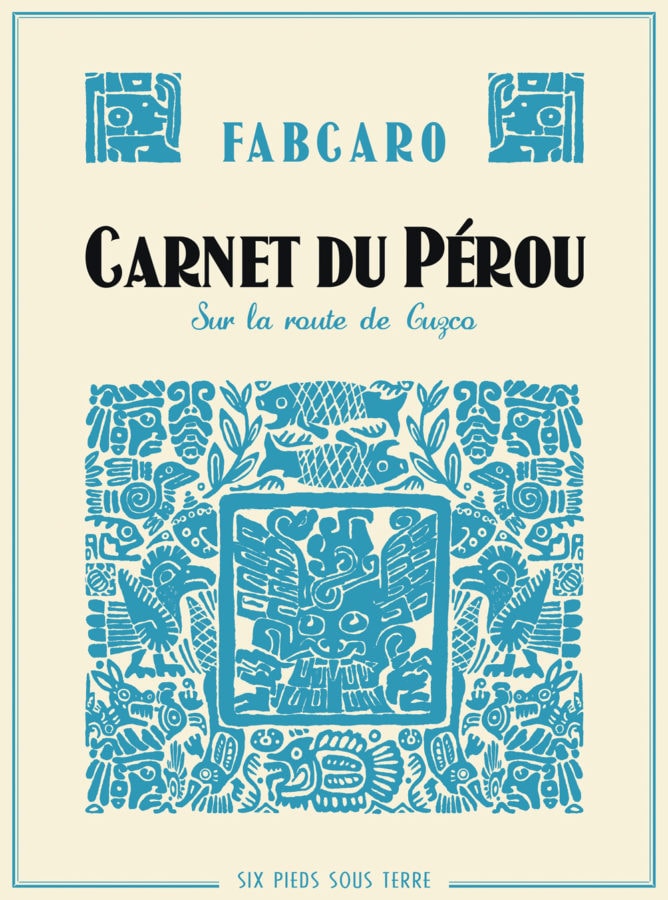 In December of 2011, during a workshop in Cathar country, Fabcaro crossed paths with a young resident artist from Cuzco. Immediately it becomes apparent to him that this peruvian artist “gave off an energy sprung from a land that I knew absolutely nothing of.” As an artistic and human bond grows between them, Fabcaro becomes increasingly captivated by the artist’s homeland until he has but one obsession: to visit Peru.

In July of 2012 he embarked on the journey. Seeking to preserve it’s authenticity and the virginity of thought belonging to the traveler who has everything to discover, he begins intentionally unprepared. By doing so he hopes to avoid the parasitic biases and cliches of preconceived opinions and knowledge.

Jumping into the adventure he immerses himself in a fascinating universe of day to day discoveries, and of the vast richness and diversity of myths, rites, and beliefs found in this place. On this journey he crosses destinies with, is profoundly moved by, and forges strong bonds with the people around him- most impactfully perhaps with the indiginous people of Peru. He delves into the indiginous culture, whose experiences and identities plunge him into a redeeming alterity. He returns home deeply transformed, even his work is altered- losing it’s signature humour and adopting poignant and humanistic notes. This story is a true philosophical journey to the gates of an ancient world that has yet to be completely swallowed up by modernity. Though, being that the author is Fabcaro, you might be surprised…