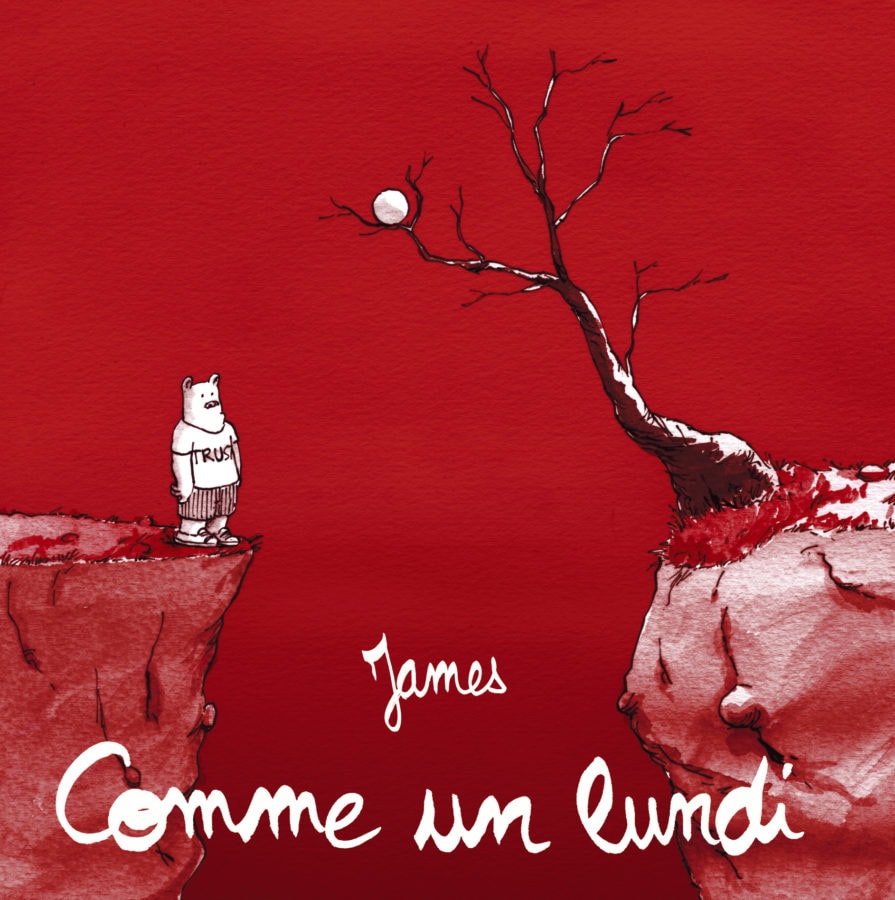 Comme un lundi is the first book by James. It consists of a series of 30 small and silent stories, some of them published on one of today’s most well-known blogs, Ottoprod inc. – Les mauvaises humeurs de James et de la tête X at : http://ottoprod.over-blog.com/. The stories deal with the moments or the chances in life that lead you to draw indisputable conclusions – often at your own expense – and what could be called the great moments of solitude. All the stories, from a traffic police who believes he is John Wayne, via situations where flowers are offered, to the cruel disillusion of the identity of Santa Claus, work together through relentless burlesque turns to provoke in the reader a sense of lost innocence. Even if humor takes a central place, it remains clear that James above all tells us of the small cruelties that life throws at us, when it seems that chance forces us to play the leading role in an all too human comedy. But there is nothing cynic in James’ approach, which more resembles retrospective photographs of tragicomic moments that will leave you overwhelmed. Some of these stories have contributed to the considerable success of James’ and Tête X’s blog, the most famous in the graphic blogosphere since the Le blog de Frantico. However, most of the stories have never before been published.