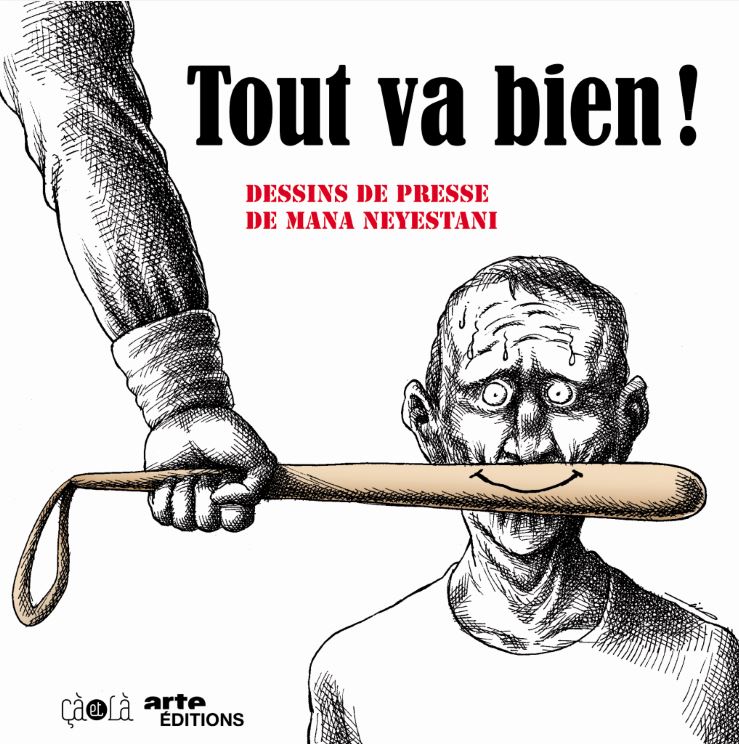 Mana Neyestani has been working as a cartoonist in Iran since he was sixteen. He worked  for reformists and governmental newspapers, until one drawing of a cockroach caused his imprisonment and his flight from the country in 2005. He then worked in Malaysia between 2006 and 2011, and finally in France, where he now lives as a political refugee. His illustration work for iranian websites has been shown around the world since 2009, and also during protests which took place against the tyrannical and theocratic regime of the Islamic Republic of Iran. Through his cartoons, Mana Neyestani looks at the the world with a wry sense of humor, he not only talks about the political situation in Iran and other countries of the middle East but also about the contradictions and hypocrisy of the western world.

Mana Neyestani is a member of the association Cartooning for Peace, created by the french cartoonist Plantu, and he received the international Press illustration award in 2012, given by the seventh secretary-general of the UN, Koffi Annan.