>  Catalogue  >  The Spider of Mashhad 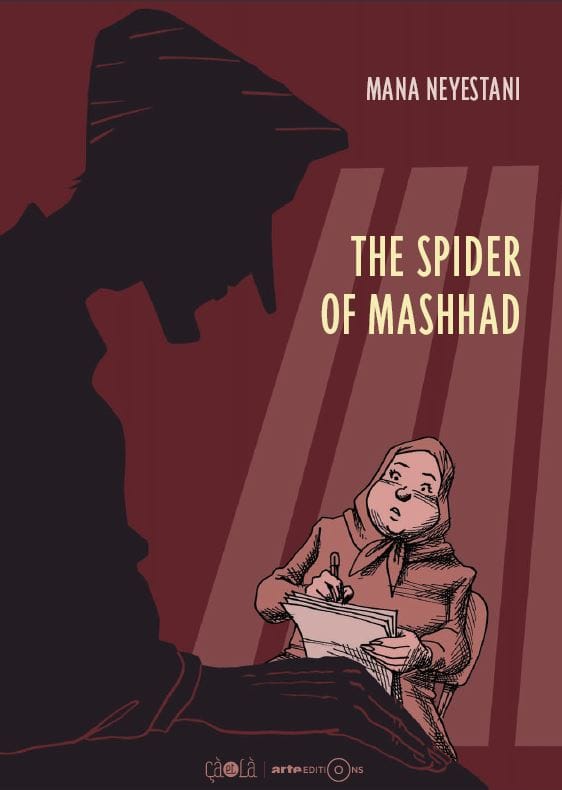 Mana Neyestani delivers a stunning docu-drama about an Iranian serial killer in the early 2000s.

Based on video interviews made by two journalists close to Mana Neyestani, The Spider of Mashhad describes Saeed Hanaei’s story, a man who murdered sixteen prostitutes and/or drug addicted women for religious reasons. These events all happened in the holy city of Mashhad, in the north-east of Iran. All the victims were brought to his home and strangled, hence Hanaei’s nickname given by the media « The Spider Killer ».

Juggling between genuine interviews and fictional parts, Neyestani not only reveals the killer’s point of view, but the state of mind of his family, of the victims, and of the investigating judge as well. Mana Neyestani sheds lights on the rigorist religious ideas in this city, one of the most conservative of Iran, where part of the population protested in support of the killer after his arrest. Through this true story, Mana Neyestani describes a sick society in which the outcasts are not considered as humans.