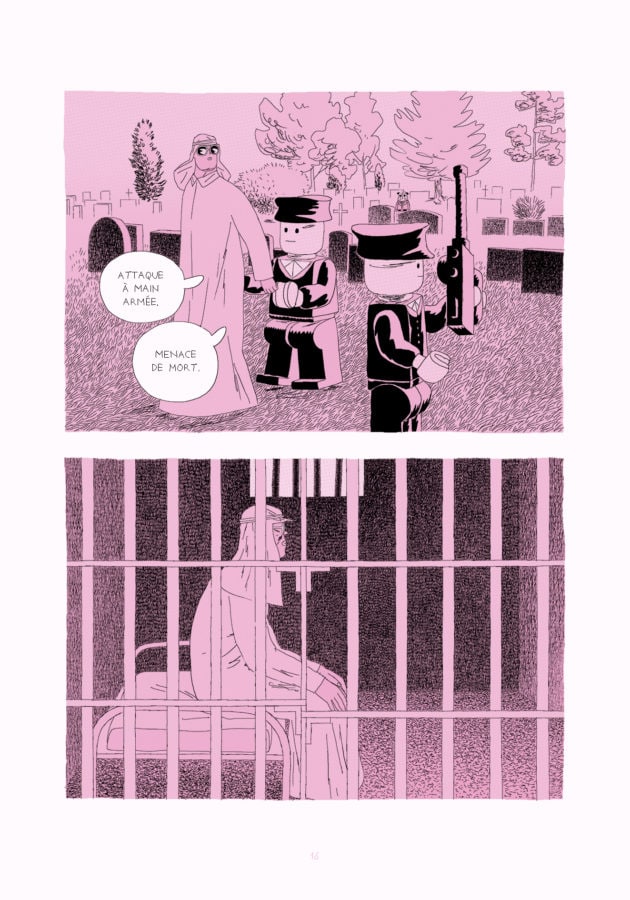 Hunted by all the polices of scandinavia, a finnish sheik in traditional costume escapes, on a bike. He leaves behind him not only unrecognised children, but also many larcenies : cold blooded murders, wallets or alcohol bottles thefts, fights againts his ninja mistress or a warthog hitman.

Turbulent storyteller, Marko Turunen takes all the toys out of his trunk, and narrates the tragic of existence under the aspect of pure entertainment. Heavily equiped warriors, plastic ponies and barbie police officers are on track of the hyperactive sheikh, impulsive and amnesic. Turunen’s science of rhythm sets the action in a spectacular version of the world, made of intimate dramas, fantasies and Z movies references. Its hero, a real character romanticized by Turunen, will progressively appear as product of his environment : irrational, capable of the worst mischiefs or suddenly showing fragility.