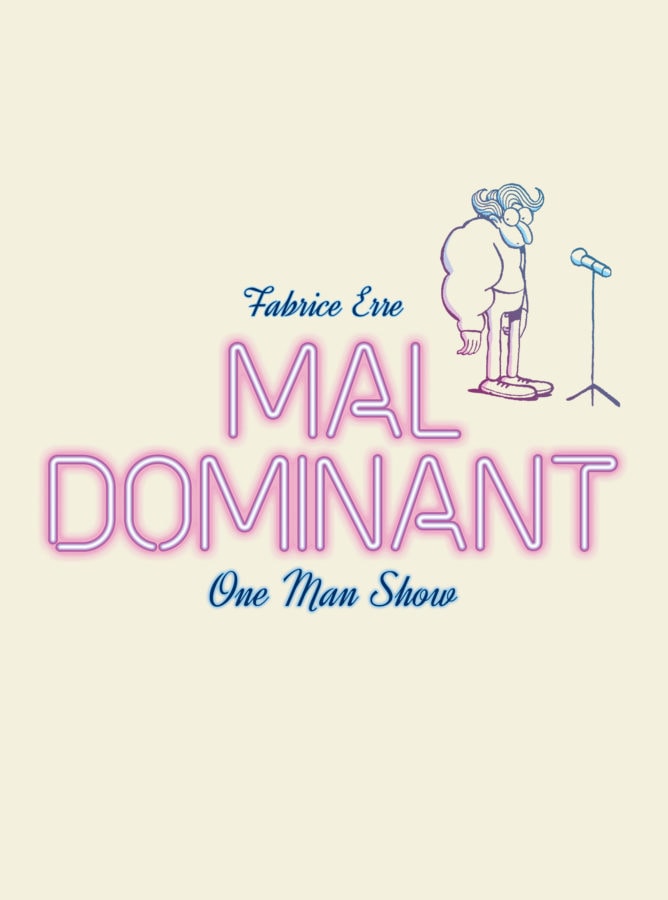 What else is there to do when you’re an able-bodied-mid-40s-omnivorous-athiest-cishet-white-man (known in french as “MOB”), other than to dominate the world? This illustrated one man show of the world’s first stand-up “comic” calls into question the absurd determinism that assigns each MOB such a predictable fate. It is a speech torn straight out of a troubled era, a cry in the crowd against indifference to difference, an individuality that fights to simply say “I exist”. To declare loud and clear, once and for all : “Don’t be fooled by appearances, take the time to listen and watch. Because behind every MOB, there is a person hiding.”

The author portrays himself as a very convincing antagonistic character, through whom he pushes the cursor of provocation and derision as far as possible, which stand-up generally requires, as a way of explaining the anxieties that run through the MOB and the presumptive abuse he inflicts in order to defend himself from them.