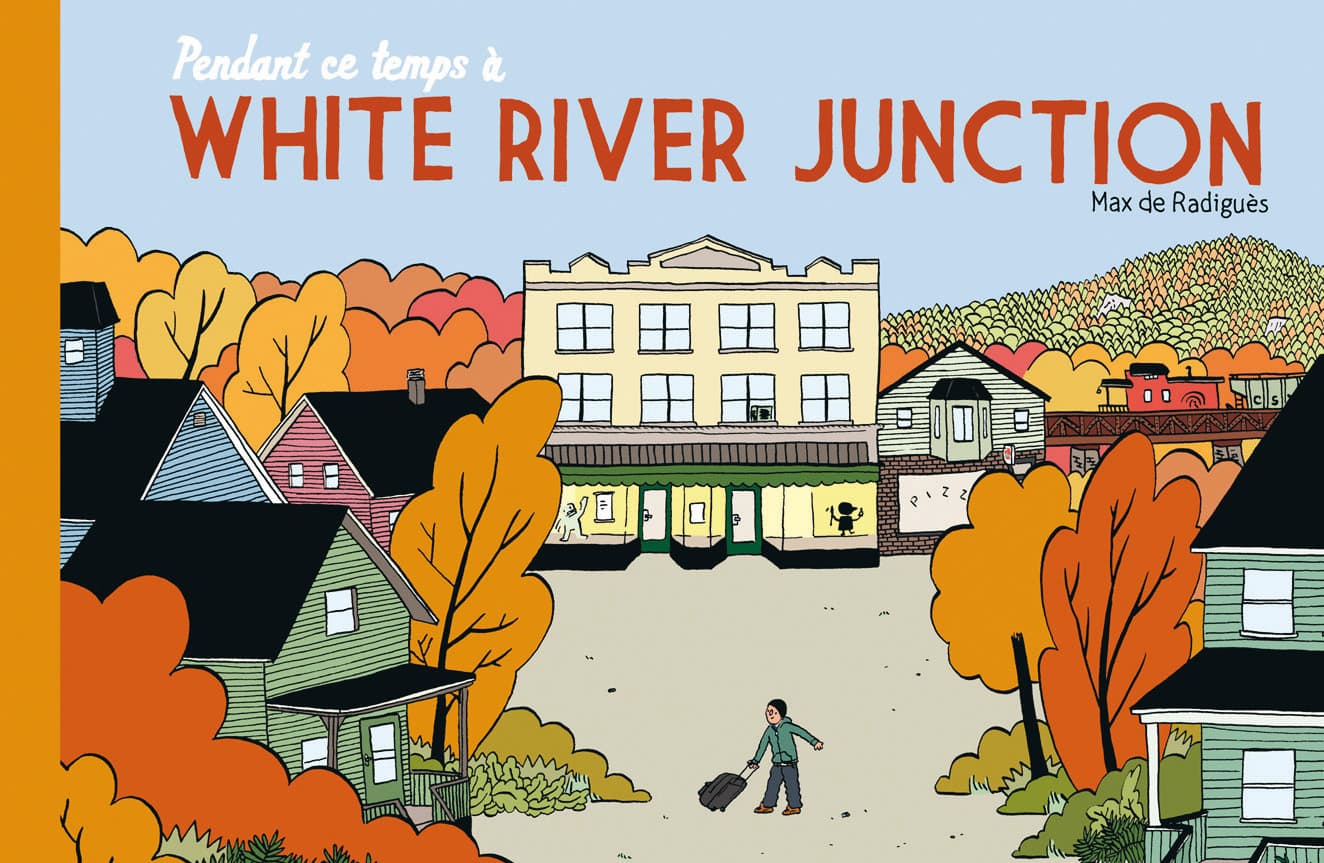 Max de Radiguès is a well-known author among fans of self published, personal works, and this is his first book published by 6 Pieds Sous Terre. White River Junction is a small American village: one street, one coffee shop… and one comics school founded six years ago. A strange little school, far away from the rest of the world, that has made the town a beacon of comics. There are more comics artists there per square metre than in any other state, and if we stay for a while we might come across several masters of the trade.

A professor of the school, Alec Longstreth, author of the acknowledged Phase 7 published by L’employé du Moi, invites his Belgian friend on a fellowship. Without hesitating, Max accepts the offer, fully aware that it means he has to leave his girlfriend behind.

With such a straightforward script we might expect a narration full of anecdotal scenes. But even if the work is a succession of autobiographical sketches it is anything but superficial. Just like Max de Radiguès’ previous works, Pendant ce temps à White River Junction offers an impressively fluid narration that knows how to value everyday life without ever making it banal. The gracious artwork accompanies this natural movement, devoid of the ornamental, never giving in to the temptation to push the graphical limits. The excursions in subdued autumn colours are good examples of this. Even though Max talks of the great
masters (James Kochalka, John Porcellino, etc.) with much respect, throughout the book he proves that he has perfectly adopted the influences from the leading figures of the new American minimalism. Moreover, he also manages to add an indefinable personal (European ?) touch that makes his work
refreshingly different.