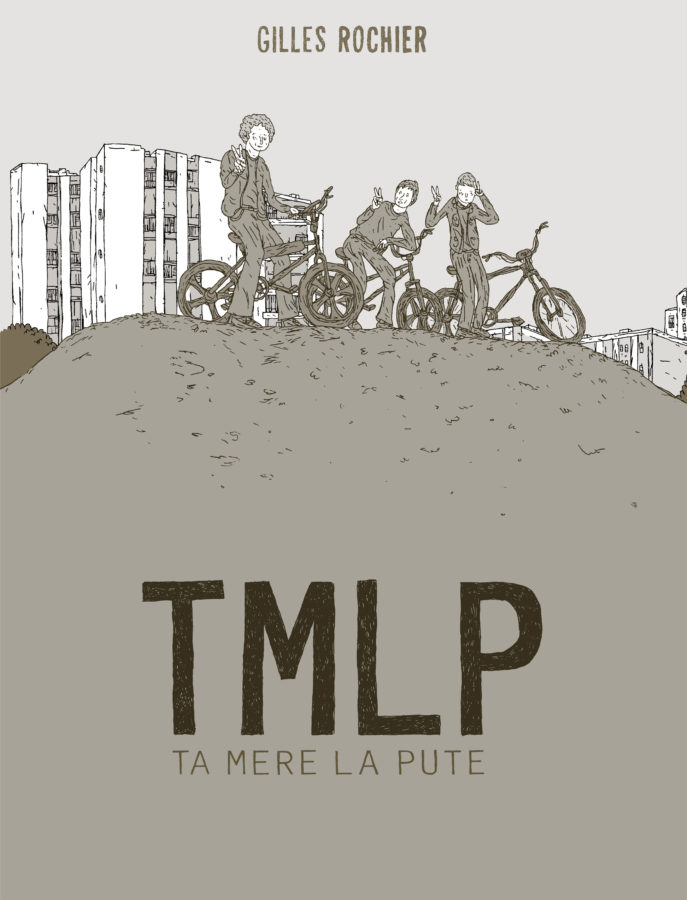 We were a gang lost in a brand new neighbourhood in the beginning of the 70s. An undefined terrain, with woods and streets yet to be paved. We did our 400 blows. There were the older kids chasing us on their mopeds, ready to beat us up in the woods. And the fights with the kids from the next block. We passed a mixtape between us that we played on a ghetto blaster, over and over again. There were certain mystical places, like the black water-filled hole that people said was formed by a crashing plane. There was also the scary bus stop: During the day it was our gateway to Paris and the rest of the world, but not one of us had set his foot there after dark, and certainly not at the end of the month. Poverty pushed people to extremes, and rumour had it that certain women passed the night there to make ends meet… Obviously, the expression ta mère la pute, your mother is a whore, was not invented out of thin air.
Then there was the story about the mixtape… it did not end well.

TMLP is about misery, childhood games, boredom, blocks and dangerous woods. A man is confronted with his past; one reality is confronted with another. Above all, TMLP avoids being sentimental thanks to a simple and pure language with a true aim.